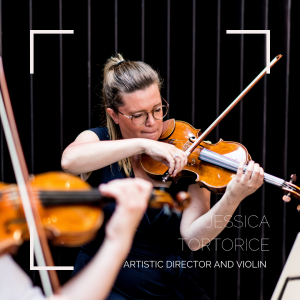 Jessica Tortorice, a native of Southampton, NY, is widely regarded as a versatile violinist, both as orchestral player and chamber musician. She studied at the Juilliard School Pre-college division, the Royal College of Music in London for undergraduate performance studies, and the Aaron Copland School of Music at Queens College, where she obtained her masters degree in performance. Among her teachers are Daniel Phillips, Itzhak Rashkovsky, Lewis Kaplan and Marek Kowalski. She has also performed in masterclasses for Itzhak Perlman, Jamie Laredo, Pinchas Zukerman, and Gordon Nikolitch.

Upon graduating from the Aaron Copland School she won the assistant principal second violin position with the Olympia Symphony Orchestra and subsequently the concertmaster position with Skagit Opera. Jessica has been a substitute player at Virginia Symphony, Illinois Symphony, Buffalo Philharmonic and English National Opera. Most recently she joined the ranks of the New York Philharmonic for their summer concert series, and she performs regularly with the orchestras of La Monnaie Opera (Brussels), Royal Philharmonic Orchestra of Liege, Belgian National Orchestra, and Brussels Philharmonic. Now based in Belgium, she is a principal second violin of the string orchestra, Boho Strings.

During her years in London, Jessica toured frequently with her former quartet. At the Aaron Copland School of Music, she was one of the founding members of the new music ensemble InnoVox. When first moving to Belgium she was member of the quartet Arel Ensemble. Currently, she is second violinist in the string quartet, BiSS Quartet (boho international string soloists quartet).

Jessica is the artistic director of the very successful Southampton Strings Festival, which offers dedicated string teaching to young students each August, set in the beautiful Hamptons.

Jessica currently plays on a beautiful Joseph Gagliano from the 1700s. 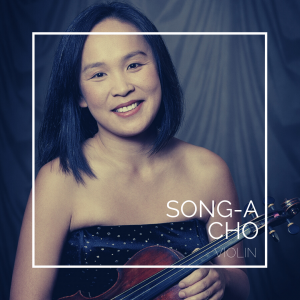 Song-A Cho, Violinist, is an ardent performer and an educator. She is a founding member of the Amicizia Piano Trio, the Poetica String Quartet, Phoenix Trio, Duo Celesti, and the New Baroque Soloists. Her performance engagements have taken her to Central Asia, Europe and throughout the United States, including Carnegie Hall, Lincoln center, Kennedy Center, and Mozarteum in Austria. She has been a concertmistress for Peconic Chamber Orchestra, the Juilliard Orchestra, South Shore Chamber Orchestra, and was a member of the New Haven Symphony Orchestra.  Song-A maintains a full teaching studio and is a passionate advocate of chamber music for young musicians. 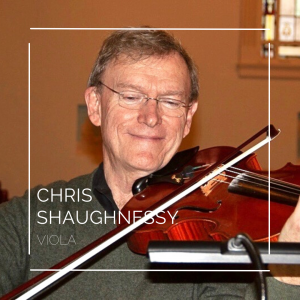 Christopher Shaughnessy, Violist, began studying violin at age eight. Later, in college, he majored in Viola. Since then, he has studied under many renowned teachers including Eugene Becker and William Lincer of the New York Philharmonic. He has been a member of the Toledo Symphony and the Caracas Philharmonic. An active chamber musician, Chris was a member of the North Shore Pro Musica for many years, and a founding member of the Poetica String Quartet and Duo Celesti. He has performed throughout the New York area, participating in the Bargemusic Series, Trinity Church Series, among many other prominent concert halls. He has guest conducted several orchestras on Long Island and is currently a director at William Floyd High School. 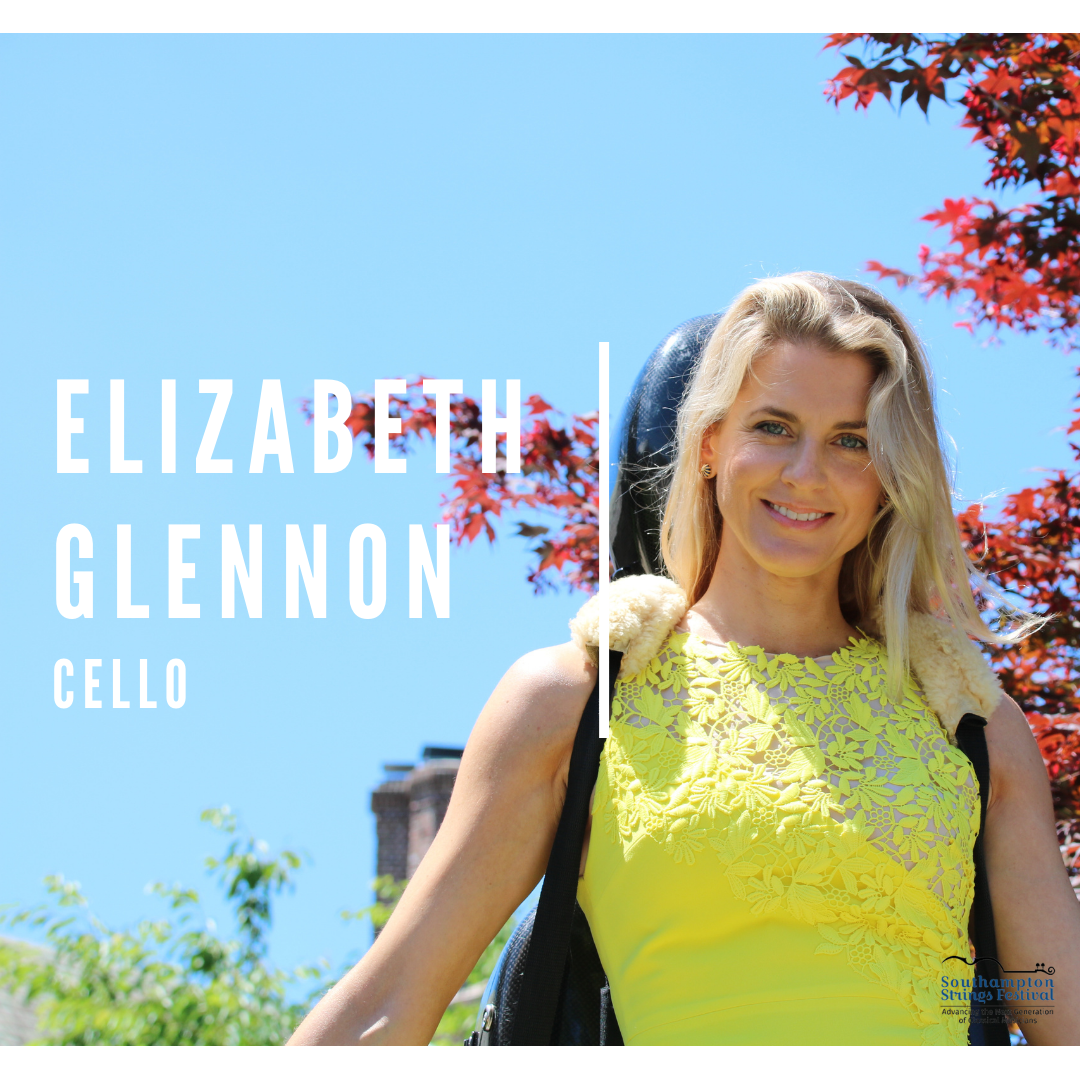 Dr. Elizabeth Glennon, enjoys a rich musical life as a cellist, educator, and arts advocate. As a fellowship recipient, she earned a Doctor of Musical Arts degree in Cello Performance from the University of Michigan where she was a Graduate Student Instructor. She holds a Master of Music degree from Eastman School of Music where she was the Cello Department Teaching Assistant and a Bachelor of Music degree from Rice University. Dr. Glennon has appeared as soloist and chamber musician at venues such as Carnegie Hall, The Perlman Program, The United Nations in NYC, Aspen Music Festival, Temple Israel of Hollywood, The Banff Centre in Canada as an Artist-in-Residence, Aldo Parisot Hall in South Korea and Liechtenstein’s Schloss Vaduz. Dr. Glennon serves as an adjudicator for the Associated Music Teachers League and other New York competitions. As an educator, she is dedicated to passing her knowledge, experience, and passion for music to the younger generations. Dr. Glennon is Music Director at Buckley Country Day School in Roslyn, NY and is also a faculty member at InterHarmony International Music Festival. 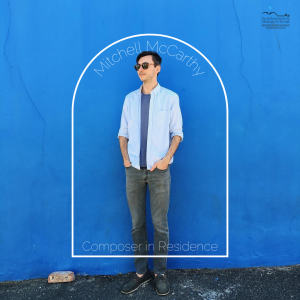 Mitchell McCarthy is a composer¹, orchestrator², and producer³.

He has written music for a wide range of artists and ensembles across the United States and Europe. Recent premieres include performances at the Queen Elisabeth Hall (Antwerp), the Palais des Beaux-Arts (Brussels), The Metropolitan Museum of Art and Lincoln Center (NYC), and the New World Symphony Center (Miami). He is the music director and co-founder of K/M•D/M, a contemporary ballet company in Manhattan.

When he’s not in the studio or at his desk, Mitchell can likely be found obsessing over the biochemical properties of a good cider fermentation, flying lazy eights, or shooing his cat, Josie, off the piano keys. 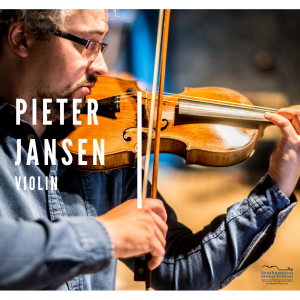 He has participated in master classes with violinists such as Charles-André Linale, Raphael Oleg, Albrecht Breuinger and Renaud Capuçon.

In 2017 Pieter was appointed as concertmaster of Boho Strings, an innovative Antwerp based string orchestra. As a concertmaster/solo violin Pieter is also often sought after by Casco Phil, Volksopera and Le Concert Olympique. He is regularly invited to perform with the Flanders Symphony Orchestra and the Symphonic Orchestra of La Monnaie Théâtre.

Pieter is also a keen chamber musician. Since specialising in chamber music with the Artemis Quartet at the Queen Elisabeth Music Chapel, he has participated in masterclasses with the Artis Quartet, the Skampa Quartet, Heine Müller, Ralf Gothoni and Andras Keller.

Pieter has a great passion for contemporary music. He has been violin solo of SPECTRA since 2006 and of Ensemble Multilatérale since 2016. He is regularly invited by Hermes, Ictus and Notabu.

Pieter has travelled throughout Europe, Asia, South-America and Australia for concerts at festivals and halls such as: Musica Strasbourg, World Music Days in Sydney, the Traietorie Festival in Parma, the festivals of Aix-en Provence and Avignon, Wigmore Hall in London, the Louvre Auditorium in Paris, the Venice Biennial, the Donostia Festival in San Sebastian, the Ravello Festival in Naples, Teatro Colon in Buenos Aires,…

Since September 2021 Pieter has been appointed as chamber music professor at the Royal Conservatory of the School of Arts Ghent.

Pieter Jansen plays a violin by Marcus Snoeck made in Brussels in 1742 and a bow by Eugène Sartory. 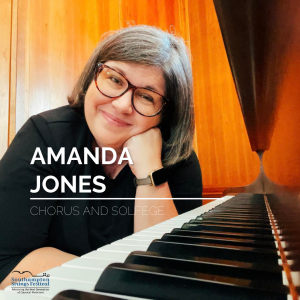 Amanda Jones grew up in East Hampton. She holds a bachelor of science in Music Education from Messiah College; a majoring in piano performance and minoring in vocal pedagogy and pipe organ. After graduating she returned home to her hometown and taught choral music at the East Hampton UFSD before starting her family. She has accompanied and musically directed for a wide variety of east end programs including (but not limited to) Stages: A Children’s Theatre Workshop Inc (accompanist); Center Stage (musical director and accompanist); area school districts’ musical theatre programs and choral programs (as musical director, vocal director and accompanist). She has her own company for Education in the Performing Arts, South Fork Performing Arts, whose mission it is to bring quality educational programming in the performing arts to students out here on the east end of Long Island. When she isn’t busy working as a musician and educator she is a wife to an amazing man (of almost 25 years!) and a mother to 3 wonderful sons.